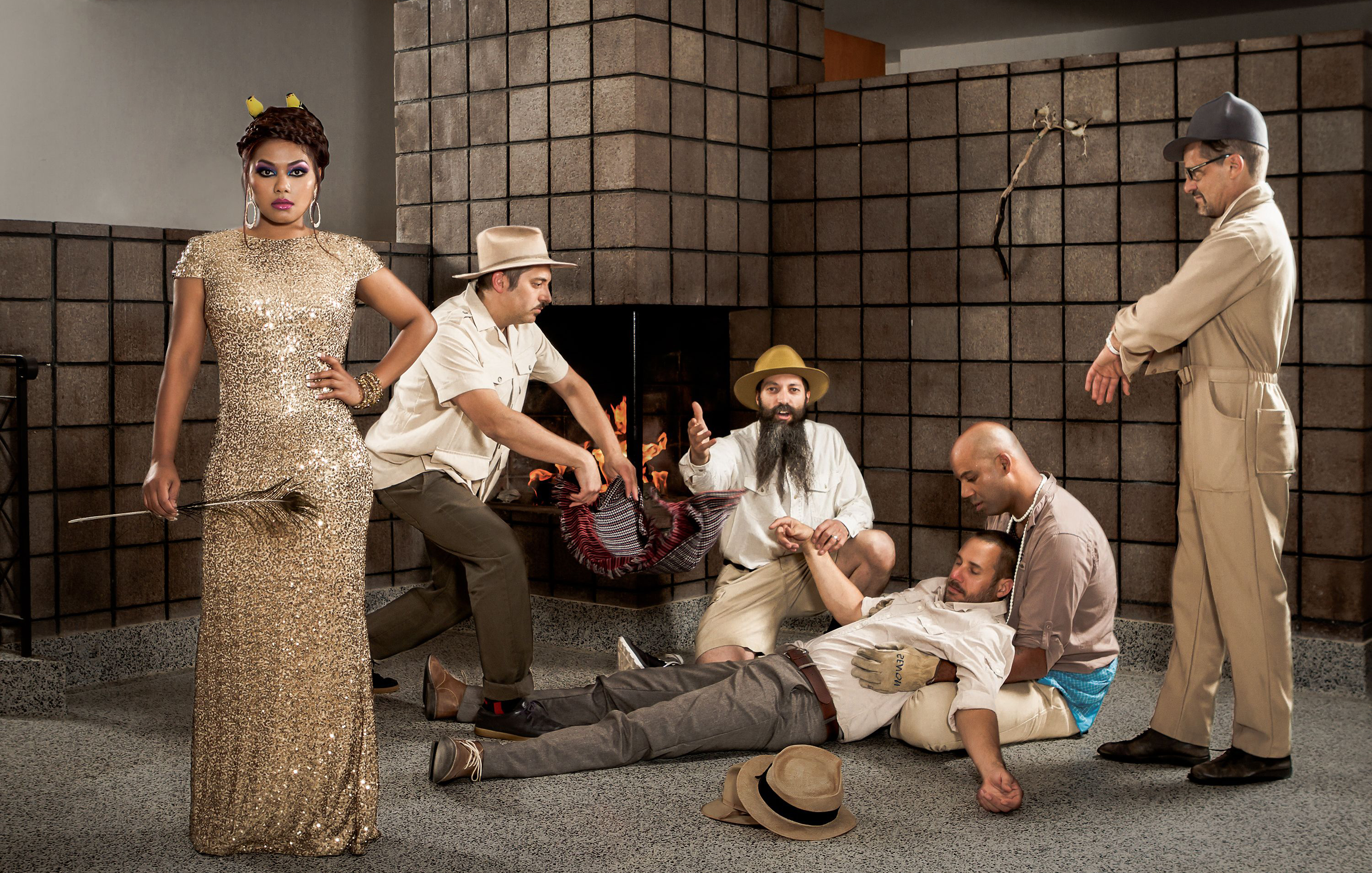 Dengue Fever has a psychedelic take on the Cambodian pop sounds of the 1960s, making them one of rock ’n’ roll’s most unique success stories. Their music, a unique musical hybrid of Cambodian rock, Afro grooves, surf and garage psychedelia is featured in the theater piece Cambodian Rock Band, and they were featured on the 4th edition of globalFEST in 2007. 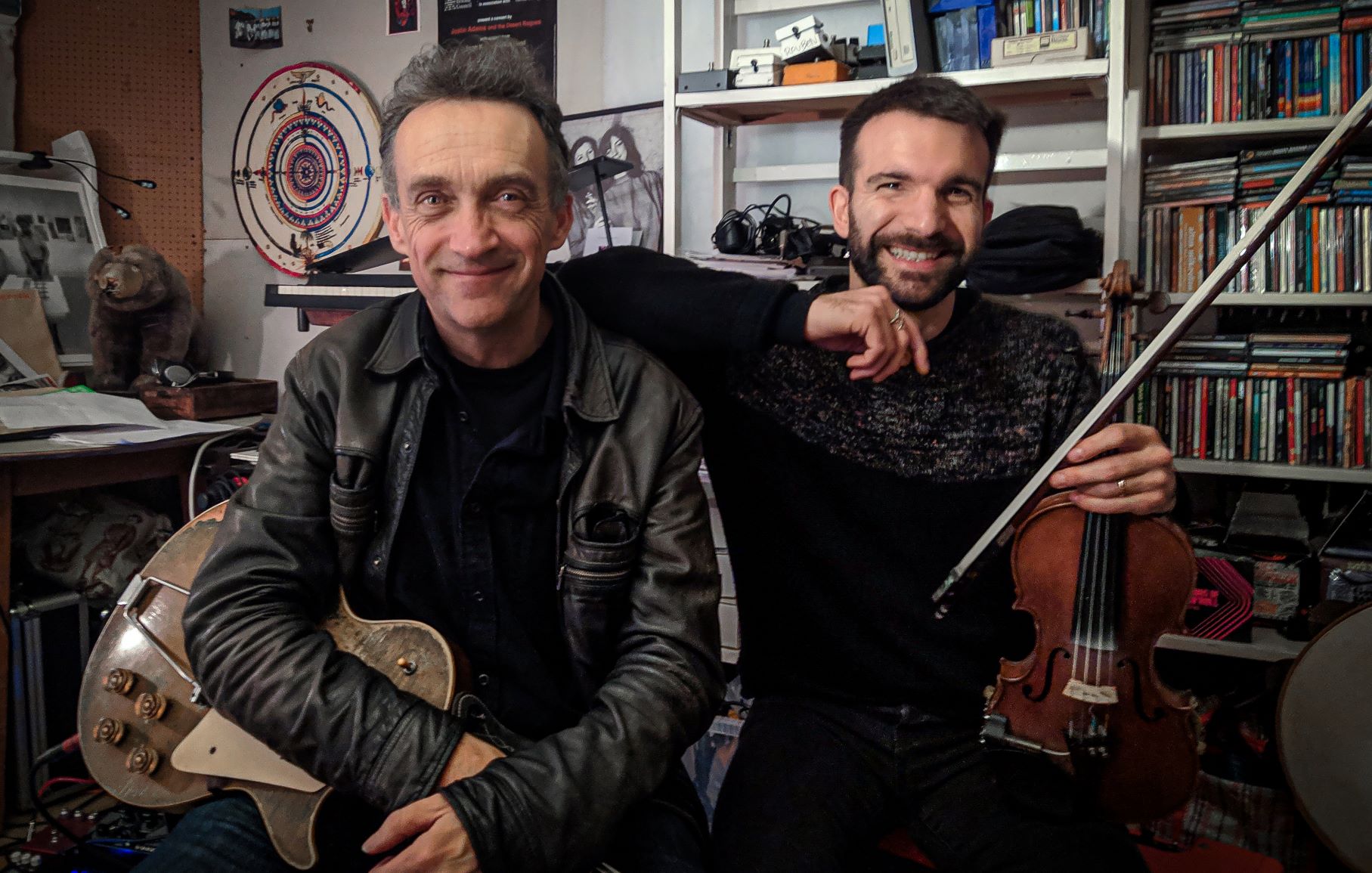 Justin Adams & Mauro Durante released an award-winning debut album Still Moving in 2021, moving from serene minimalism to wild catharsis. Adams’ (producer of Tinariwen’s breakout albums and guitarist with Robert Plant) plays with a post-punk guitar approach enriched by his passion for Arabic music and African trance blues, while Durante is a sought after violinist and percussionist, and leader of Southern  Italy’s acclaimed Canzionere Grecanico Salentino, who performed their iconic taranta and pizzica dance songs at globalFEST in 2012. 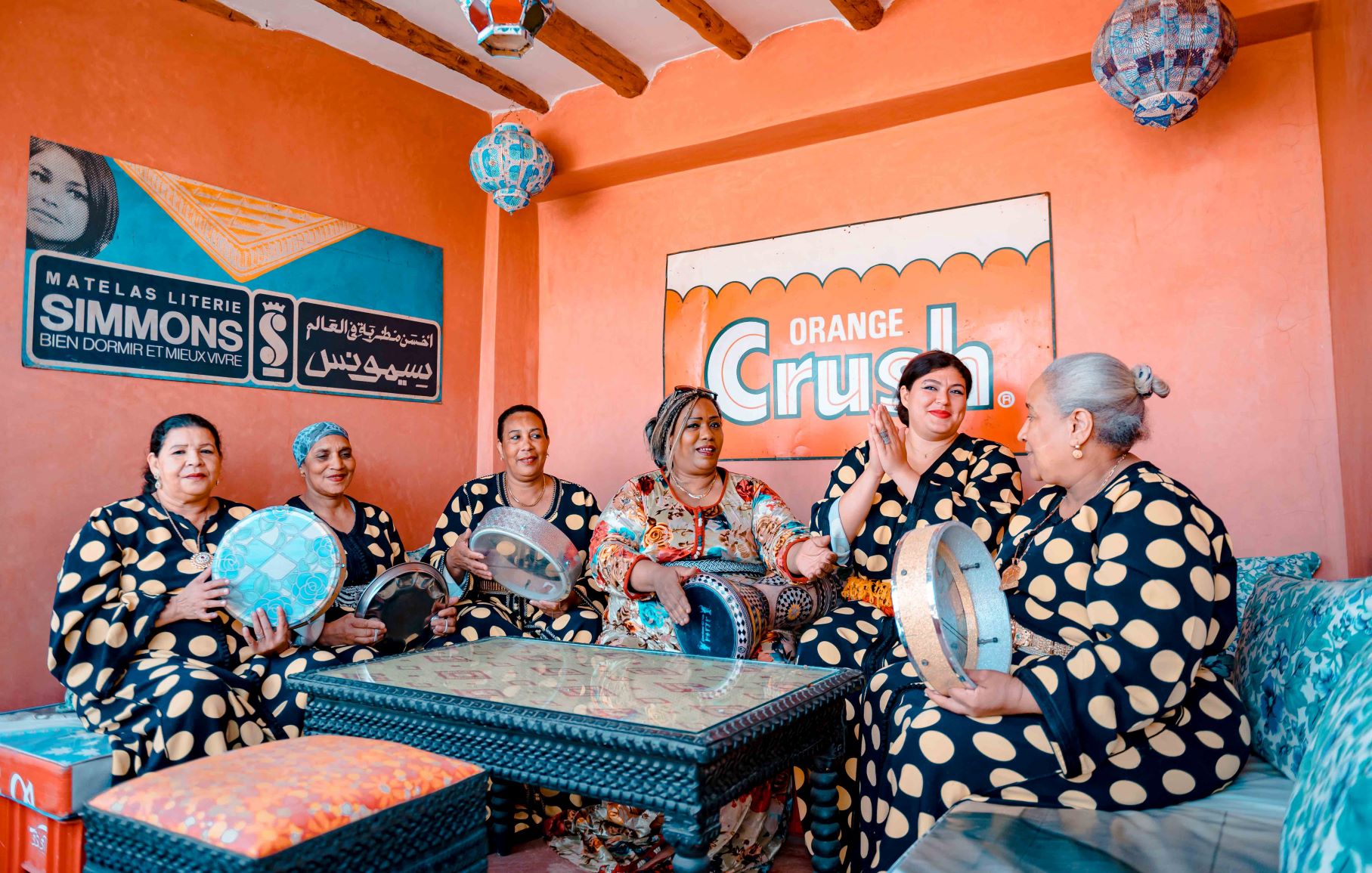 Khadija El Warzazia’s Bnat el Houariyat & Esraa Warda is a pairing composed entirely of female artists: Bnat el Houariyat from the heart of Marrakech performs women’s celebratory and trance music, including chaabi and houara. Their percussion and call-and-response singing and complex polyrhythms build into a deeply transporting sonic experience. They are accompanied by the mesmerizing Algerian-American dancer Esraa Warda, a “rebellious spirit” known for her profound performances of the trance-like jedba hair-swaying dance. 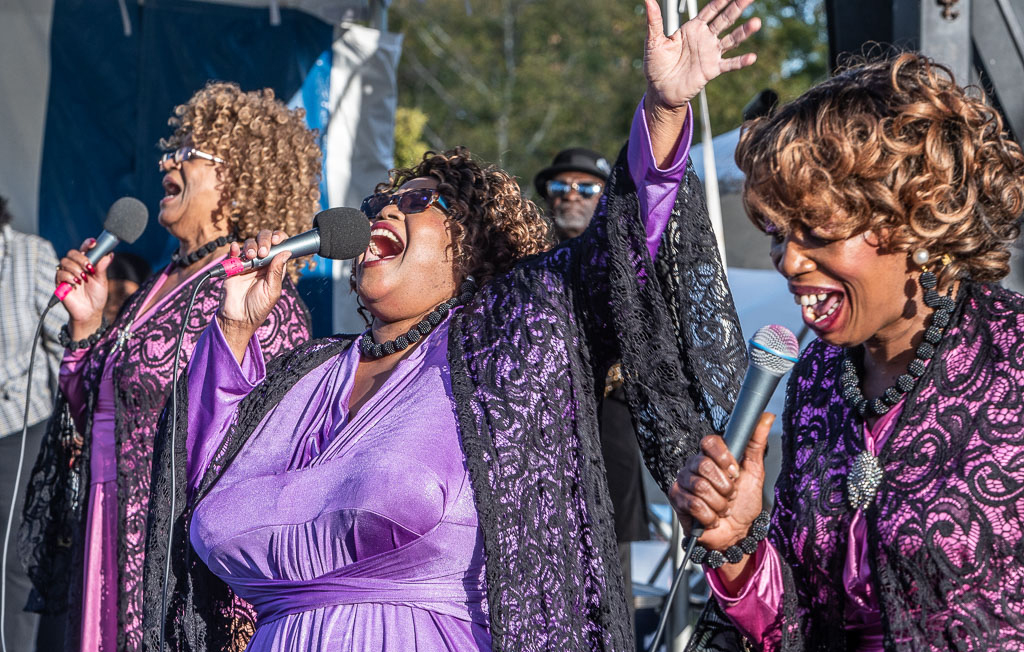 Six decades of music, sixty-five years of song, generations tied together through the force of will of a matriarchy of powerful Black women. This is female-fronted gospel group The Legendary Ingramettes, founded by the late Maggie Ingram as a way to keep her family together through hardship. Maggie’s eldest daughter Reverend Almeta Ingram-Miller now leads this scintillating group that puts roof-raising harmonies front and center with a sound that reaches up to the heavens. Crowned Richmond, Virginia's "First Family of Gospel Music," The Legendary Ingramettes bring explosive energy and powerful vocals backed by a rock-solid house-shaking rhythm section that moves the body and the spirit. 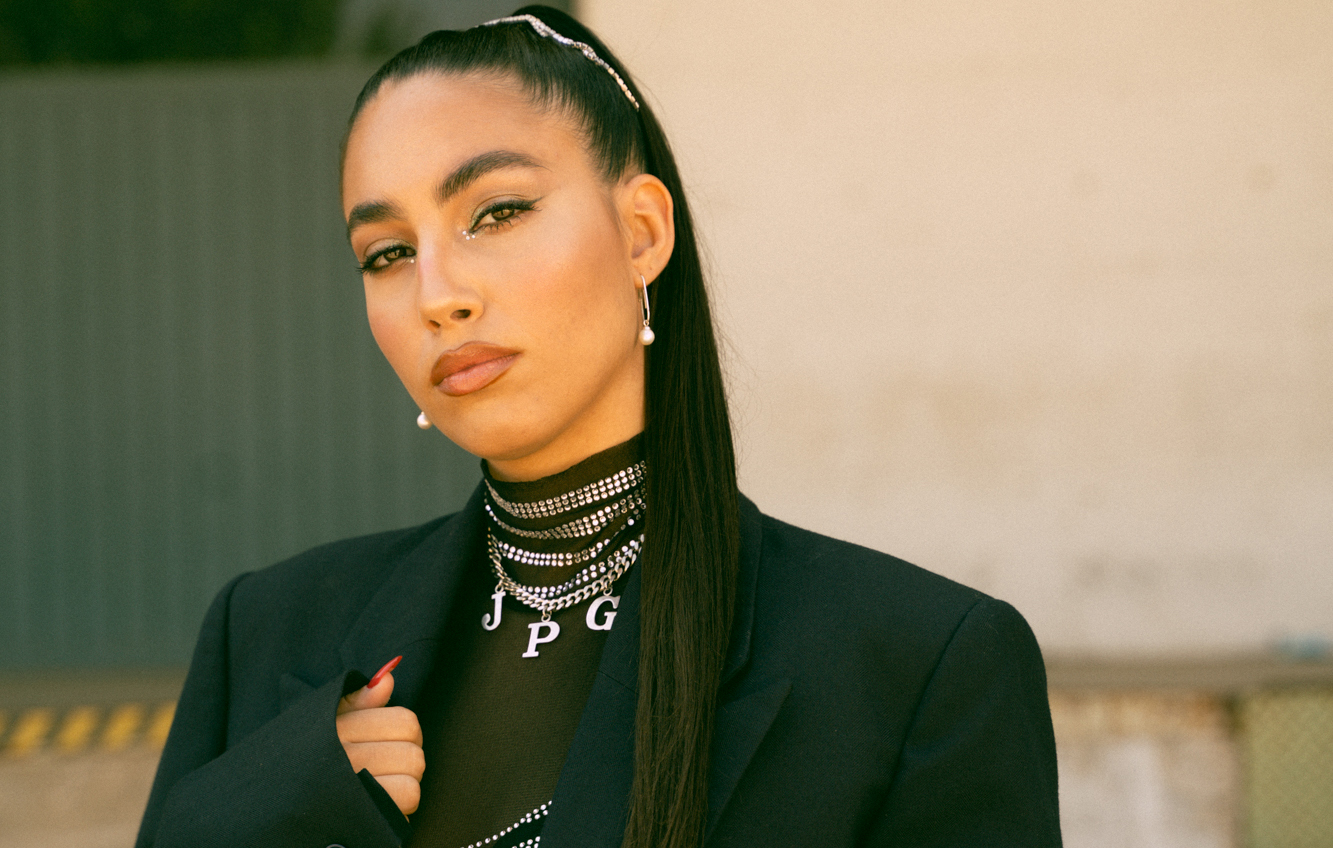 María José Llergo is a young Romani singer from Cordobá in Andalucia with a voice full of expressive nuances. With deep musical knowledge and an experimental, avant-garde attitude, María is part of the new generation of flamenco singers creating an original take on the genre, free from restraints but not the method or history. Signed to Sony, her material carries an ancestral consciousness of Roma culture and history including discrimination, exploitation, displacement, and machismo, filtered through traditional and ethereal electronic methods. 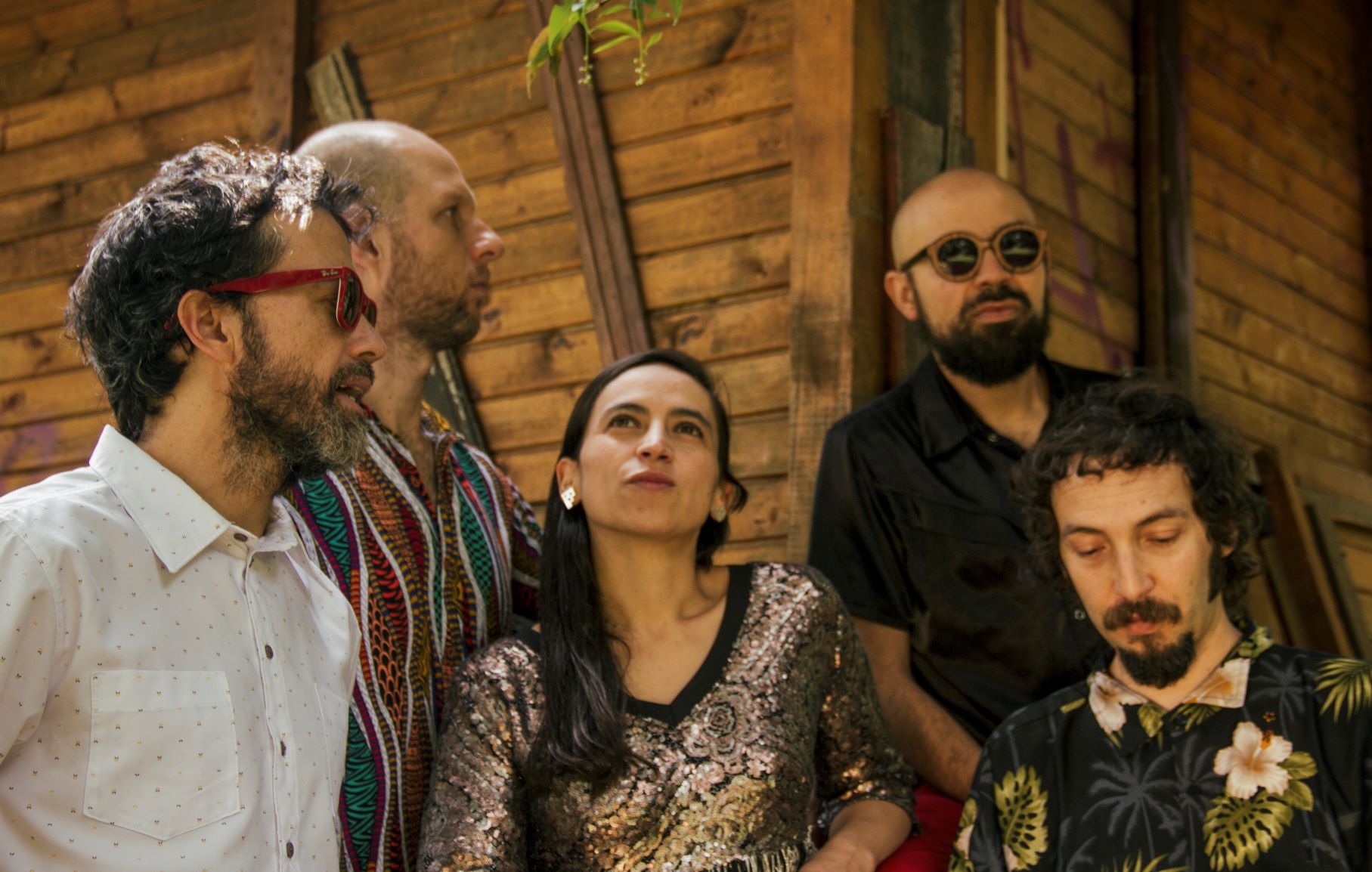 Meridian Brothers & El Grupo Renacimiento, one of the most wildly creative bands to ever come out of Colombia, excavates the forgotten sounds of the fantastical (imaginary) 1970s salsa dura band El Grupo Renacimiento. The group identifies as “B-class” salsa whose music explores human struggles in the urban city landscape, with themes such as police brutality, social marginalization, and addiction. 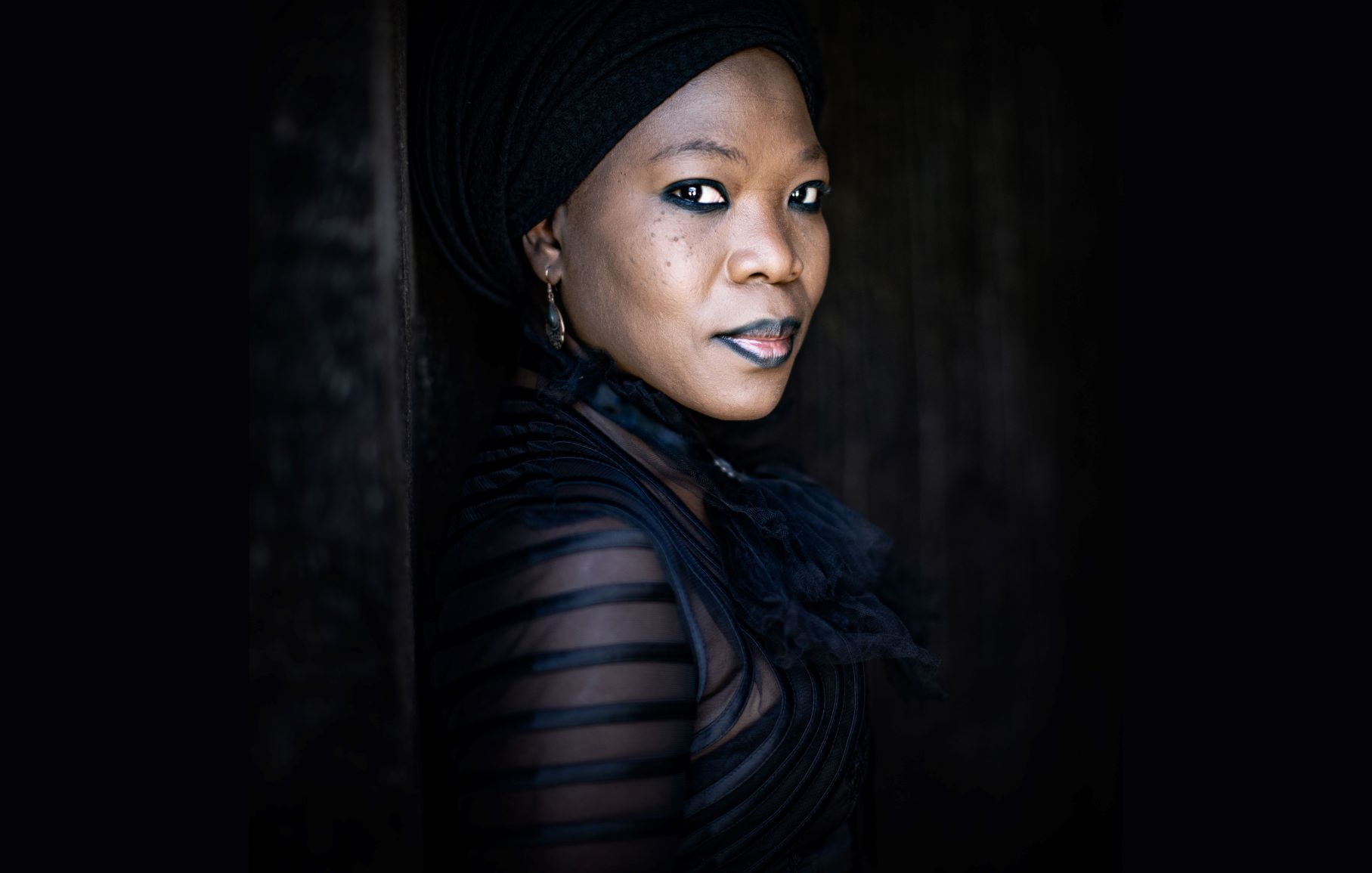 Moonlight Benjamin describes her music as a blend of vodou and rock n’ roll. Born in Haiti and living in France, she is both a vodou priestess and a powerful singer-songwriter with an impressive vocal range. Benjamin’s sounds are both thrilling and thoughtful. 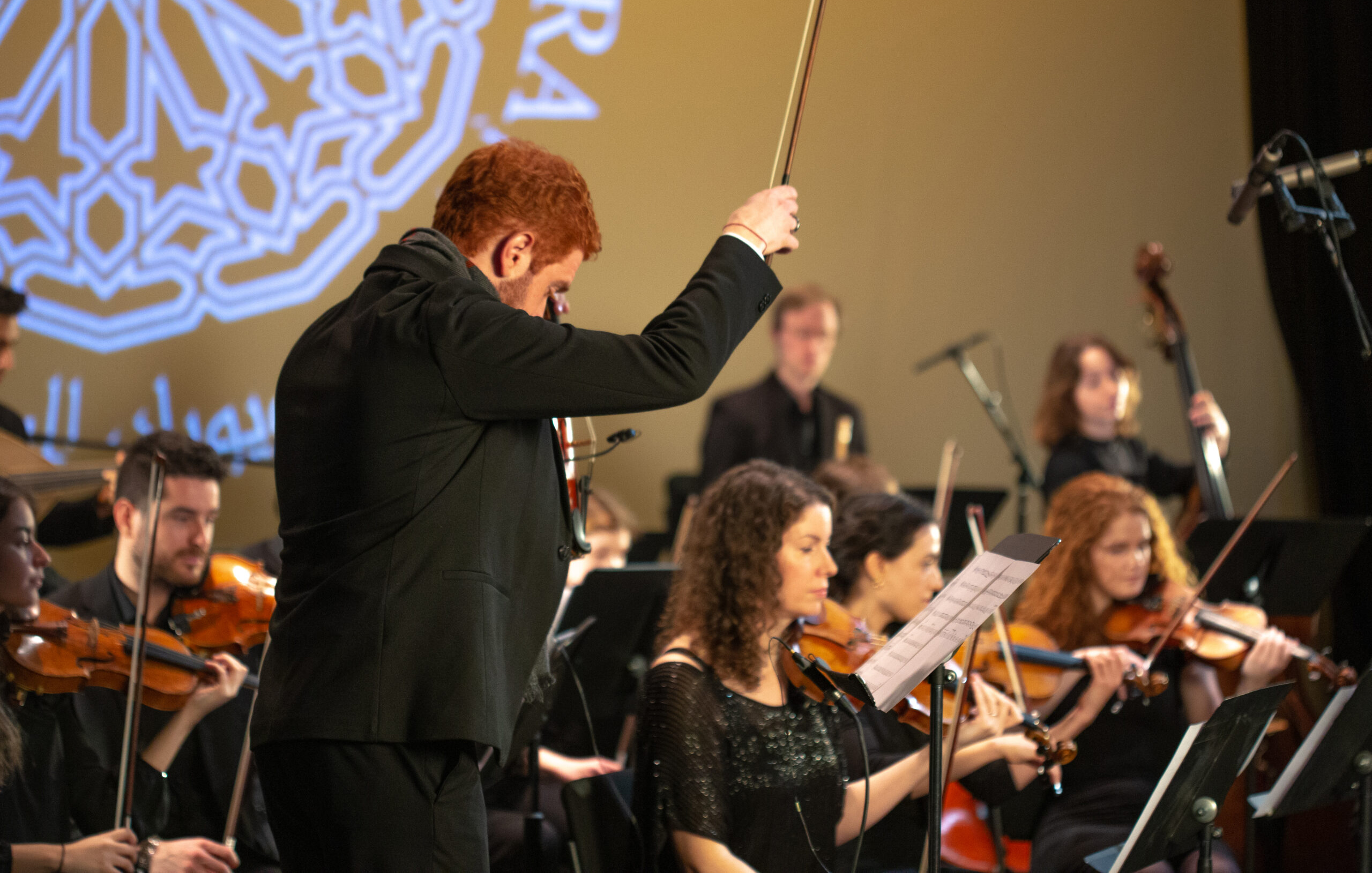 The renowned 35+ member New York Arabic Orchestra specializes in the expansive repertoire of Arabic contemporary, classical and traditional music, and is led by Artistic Director Layth Sidiq who is regarded as one of today’s most gifted violinists. A modular ensemble, they perform and tour as a full ensemble of 40 and down to sextet. 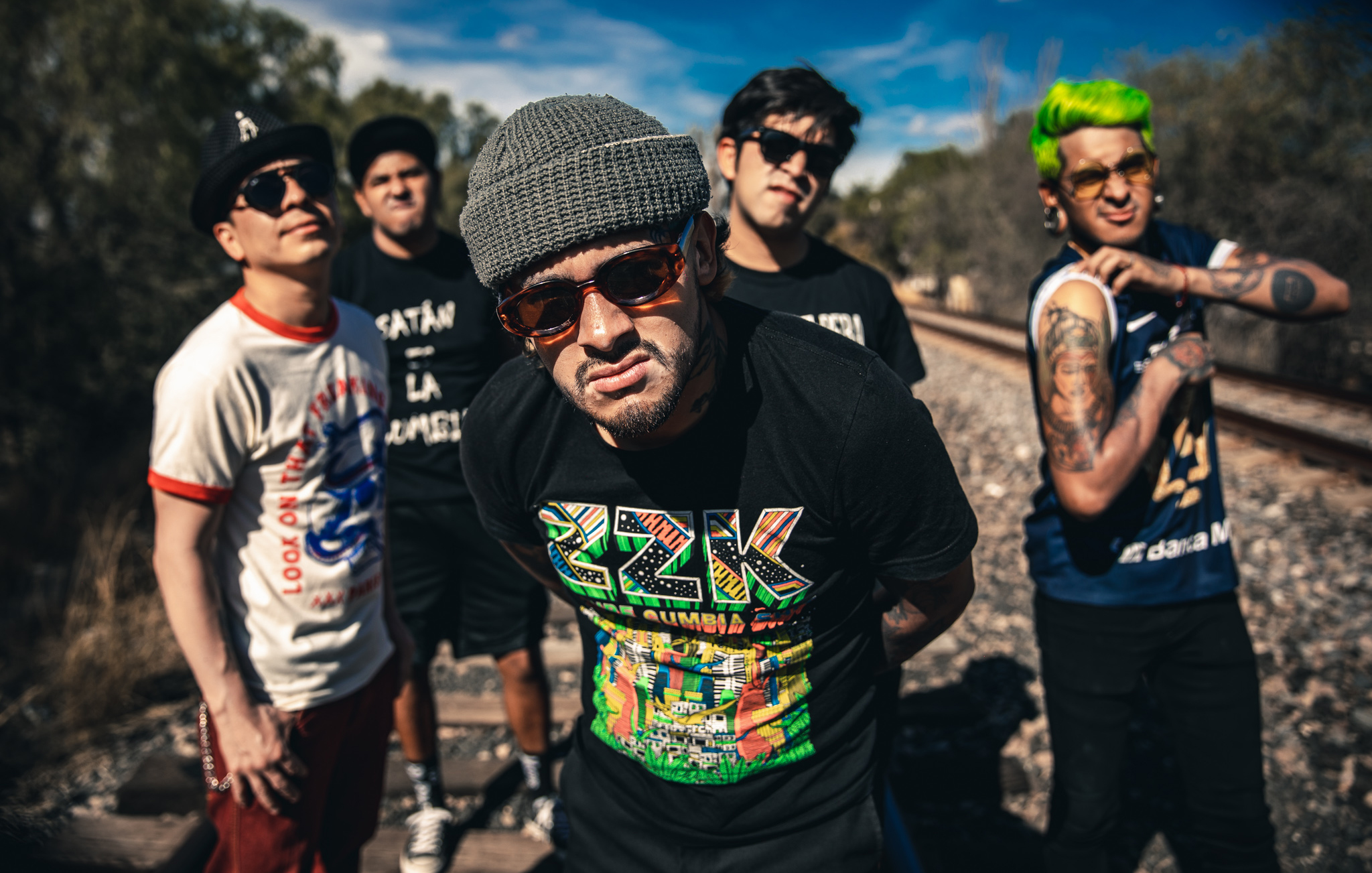 Born and raised in the deep outskirts of Mexico City, the three punky Gama brothers are keeping alive the rich legacy of marimba music running through their family with their latest project, Son Rompe Pera. This quintet from the outskirts of Mexico City makes audiences dance with their unique style of garage-marimba-cumbia rock. They use the historic marimba like no one has before. 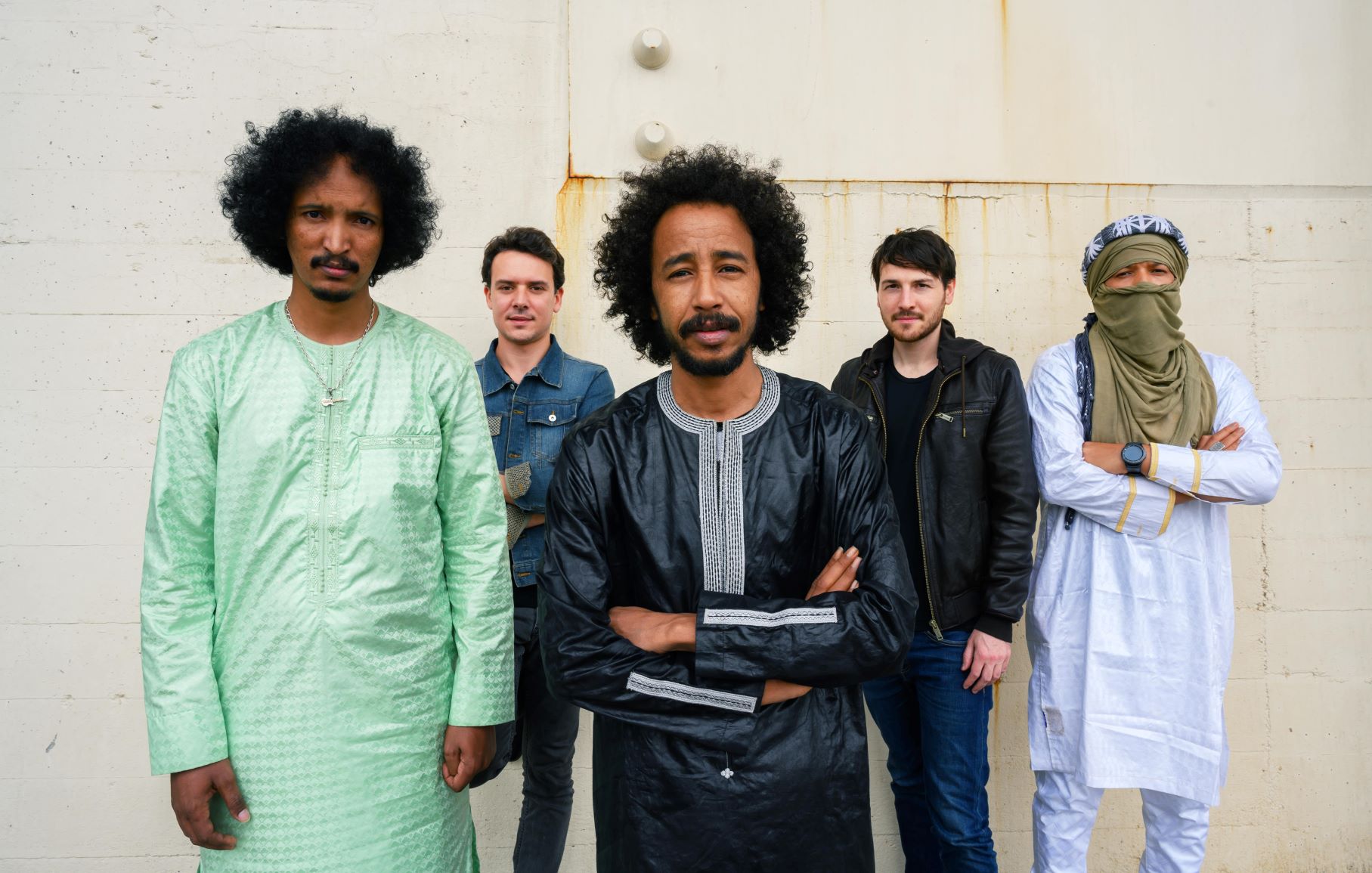 Tamikrest is tamasheq (Touareg) for junction or connection. Through the message of their desert blues songs, Tamikrest aims to make Tamasheq poetry and culture accessible to inhabitants of a world larger than the immensity of the Saharan desert. 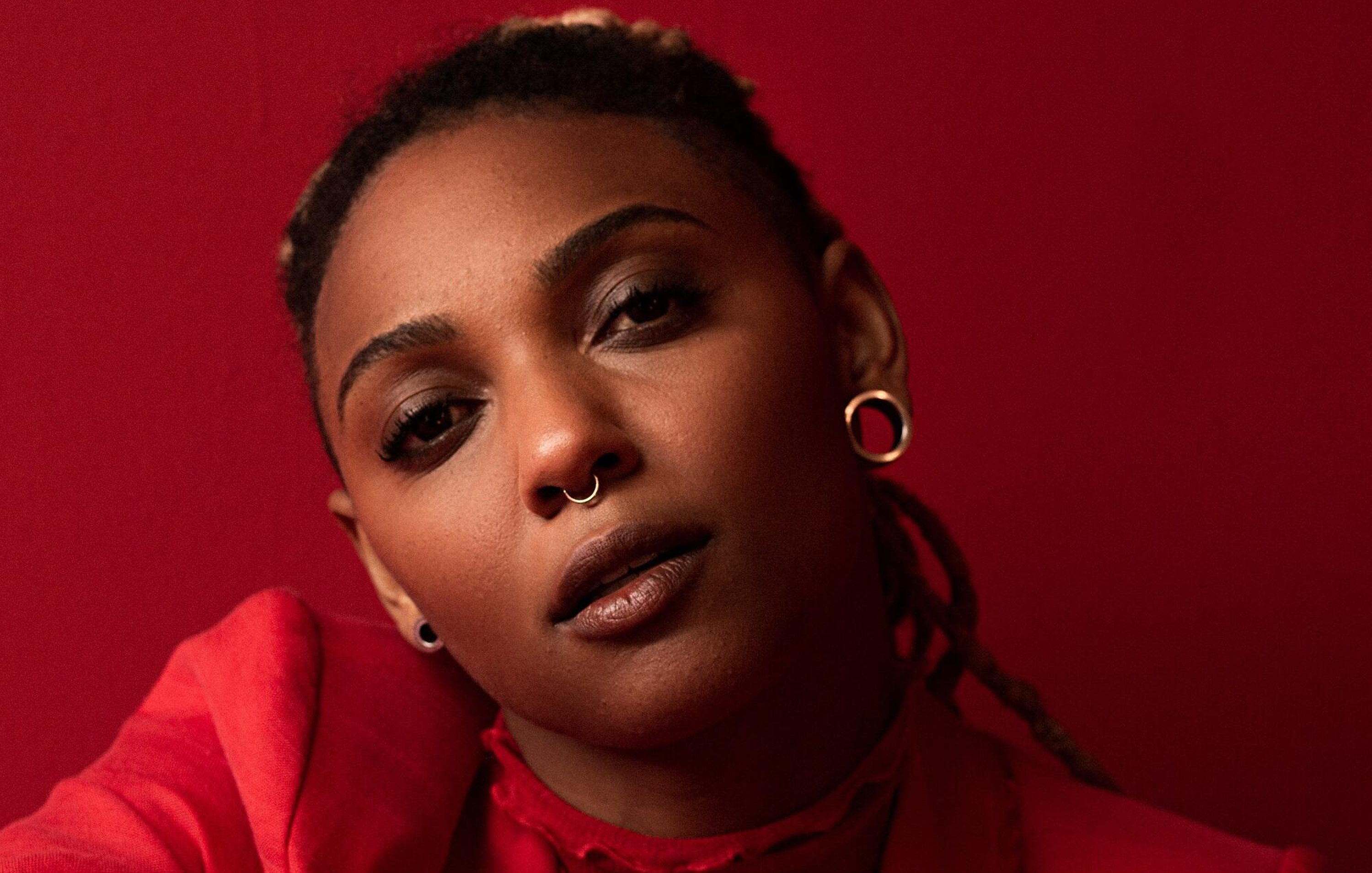 Bia Ferreira is a Brazilian singer, composer, multi-instrumentalist and activist. Her music, which she defines as "MMP — Música de Mulher Preta," discusses topics such as feminism, anti-racism and homophobia. She makes music that harnesses a combination of funky beats, reggae, and soulful ballad grooves while lyrically pushing her listeners toward the discomfort that generates "movemente,” or action. Her lyrics have been described as "escrevivência,” a term Conceição Evaristo uses to “tell our stories from our perspectives.” It represents the subjectivity of a Black woman in Brazilian society. 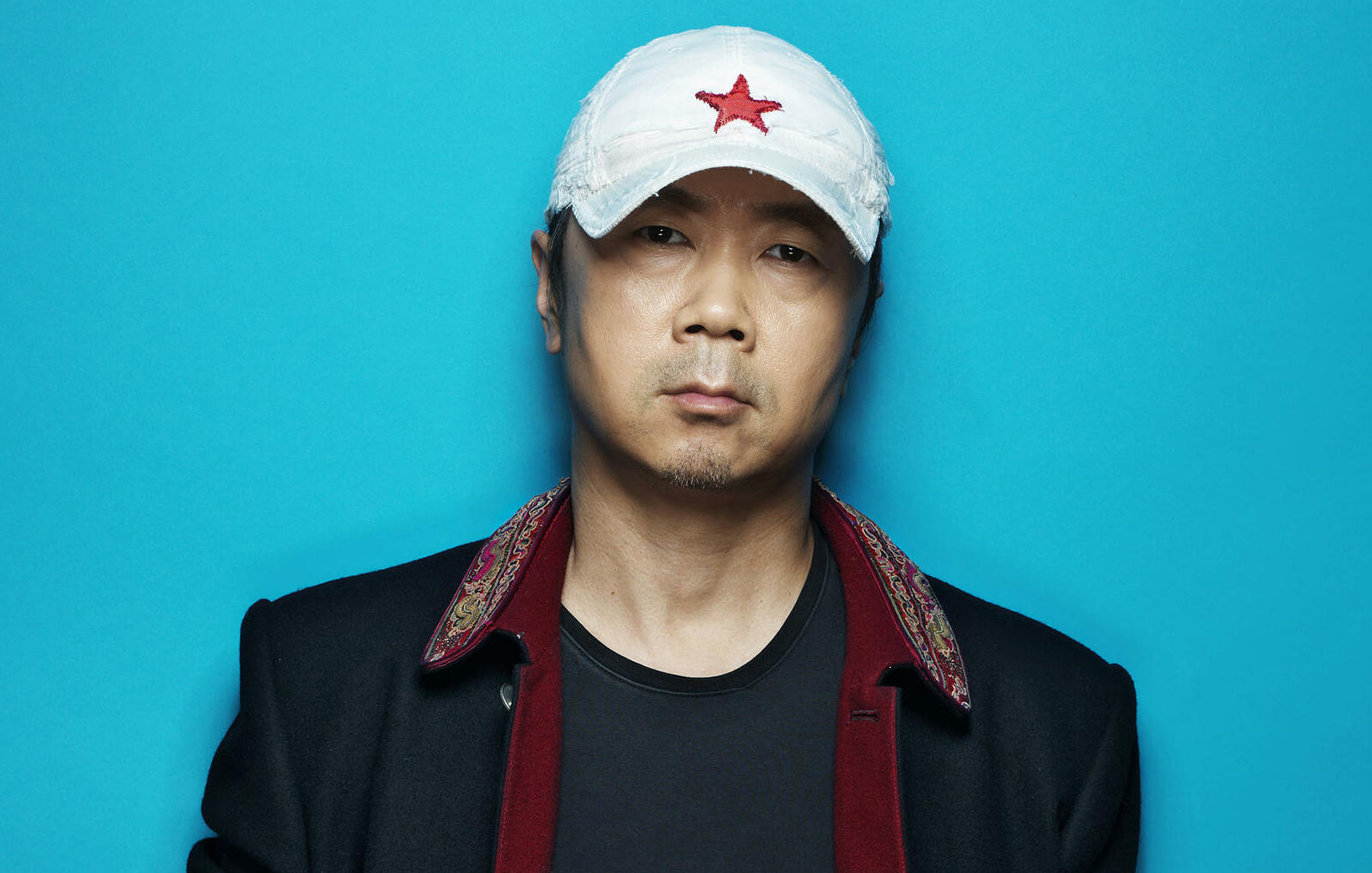 The most influential rock musician in China is Beijing-born multi-instrumentalist, songwriter, and vocalist Cui Jian. The former leader of Chinese rock band Ado, Jian's solo music is continually embraced by new generations: his albums having sold more than 10 million copies in Asia. The Wall Street Journal said, "Cui Jian continues to be an inspiration for China's disenchanted youth." However, Jian's prime inspiration comes not from politics, but from personal issues. He said, "I talk about serious things in my heart and people's lives, including, of course, love. But, mostly it's about Chinese culture, the modern culture. They're not political songs. It's just the truth, the modern truth. I talk about our life in China." A child prodigy, he was invited to join the prestigious Beijing Symphony Orchestra by 20. But he became increasingly influenced by American singer/songwriters like Simon & Garfunkel, Sting, The Beatles and The Rolling Stones, and made the leap to rock music. His debut album, Nothing to My Name (Yi Wu Sao You), released in China as Rock and Roll on the New Long March, followed two years later. Since then, Jian has had monumental success with his music, especially music videos like “Wild In The Snow,” which received an MTV Music Award, and has expanded into film work as well. 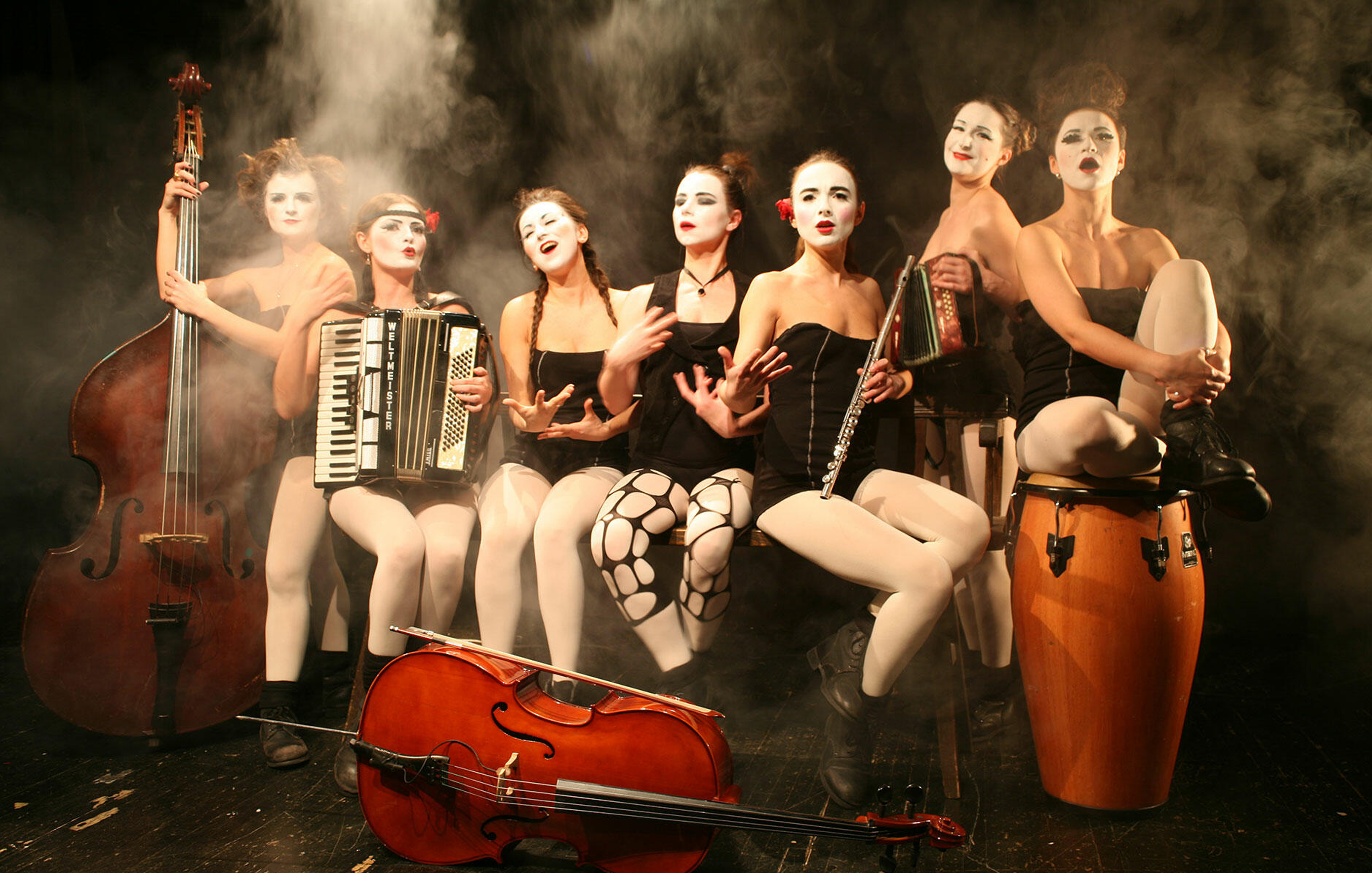 Seven actresses take musical instruments into their hands in order to create a life-affirming performance about love, freedom and beauty which at the end of the day – will save the world. Dakh Daughters create an atmosphere of a French saloon, where Mireille Mathieu befriends Marilyn Manson. On occasion, armed with a  full set of strings, keyboards and percussion, the women shake the audience with a roar in the manner of Laibach, but can swiftly exchange anger for kindness, turning into fun-loving Hollywood beauties of the 1950’s that dream of tropical vacations in the Caribbean. 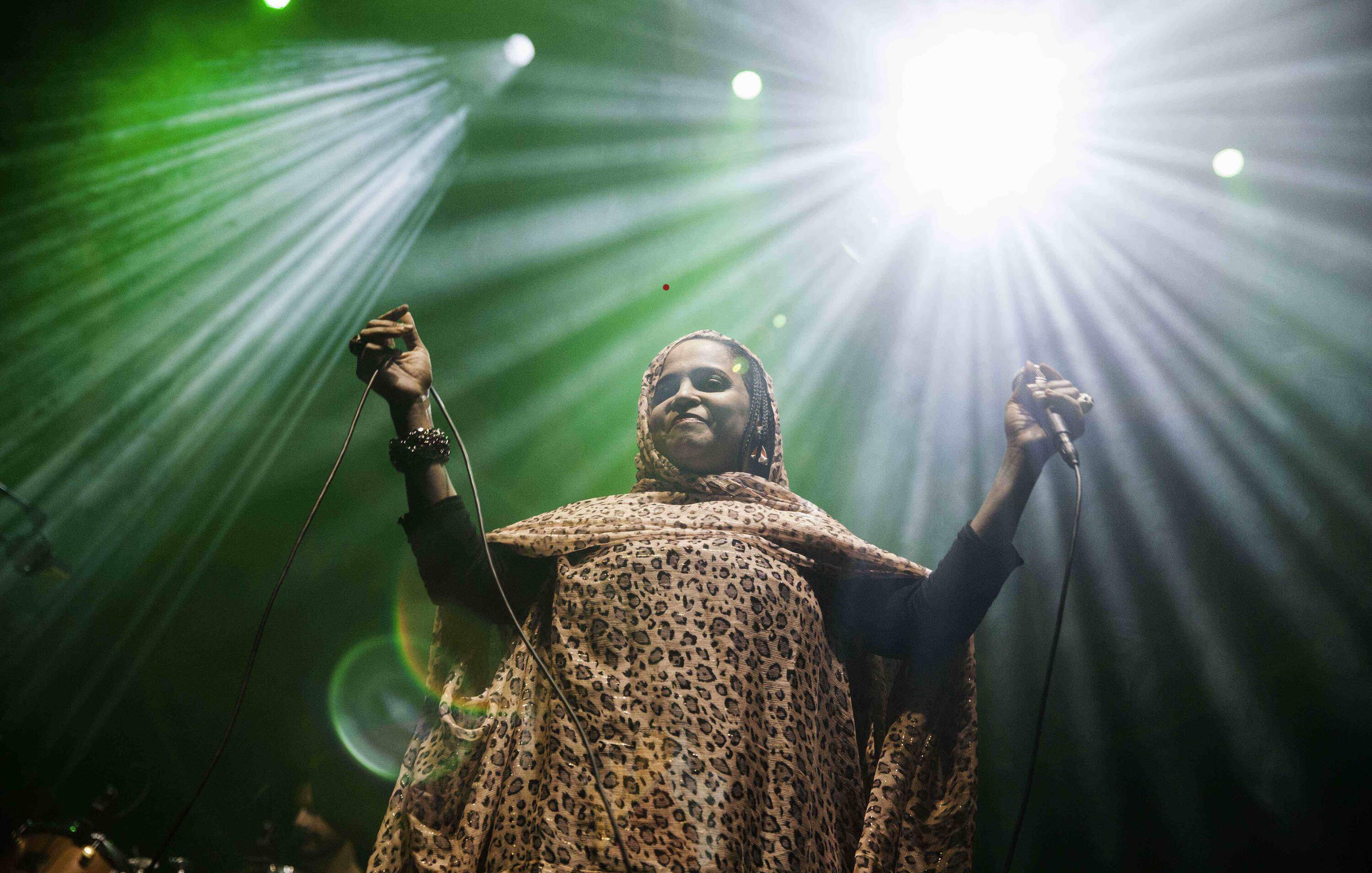 Noura Mint Seymali is Mauritania's defining artist on the international stage. Drawing on the timeless repertoire of the Moorish griot, a hereditary class of musical poet / historians, her band conjures "a full blown sandstorm of hypnotic grooves, melding traditional Mauritanian instruments within an electrified psychedelic rock band.” Expanding a sound born of Arab and Sub-Saharan roots, Noura Mint Seymali bends the arc of Moorish musical tradition to fit our contemporary moment, as described by NPR, “the arrival of Mauritanian vocalist Noura Mint Seymali in front of Western audiences feels like the start of a new era.” 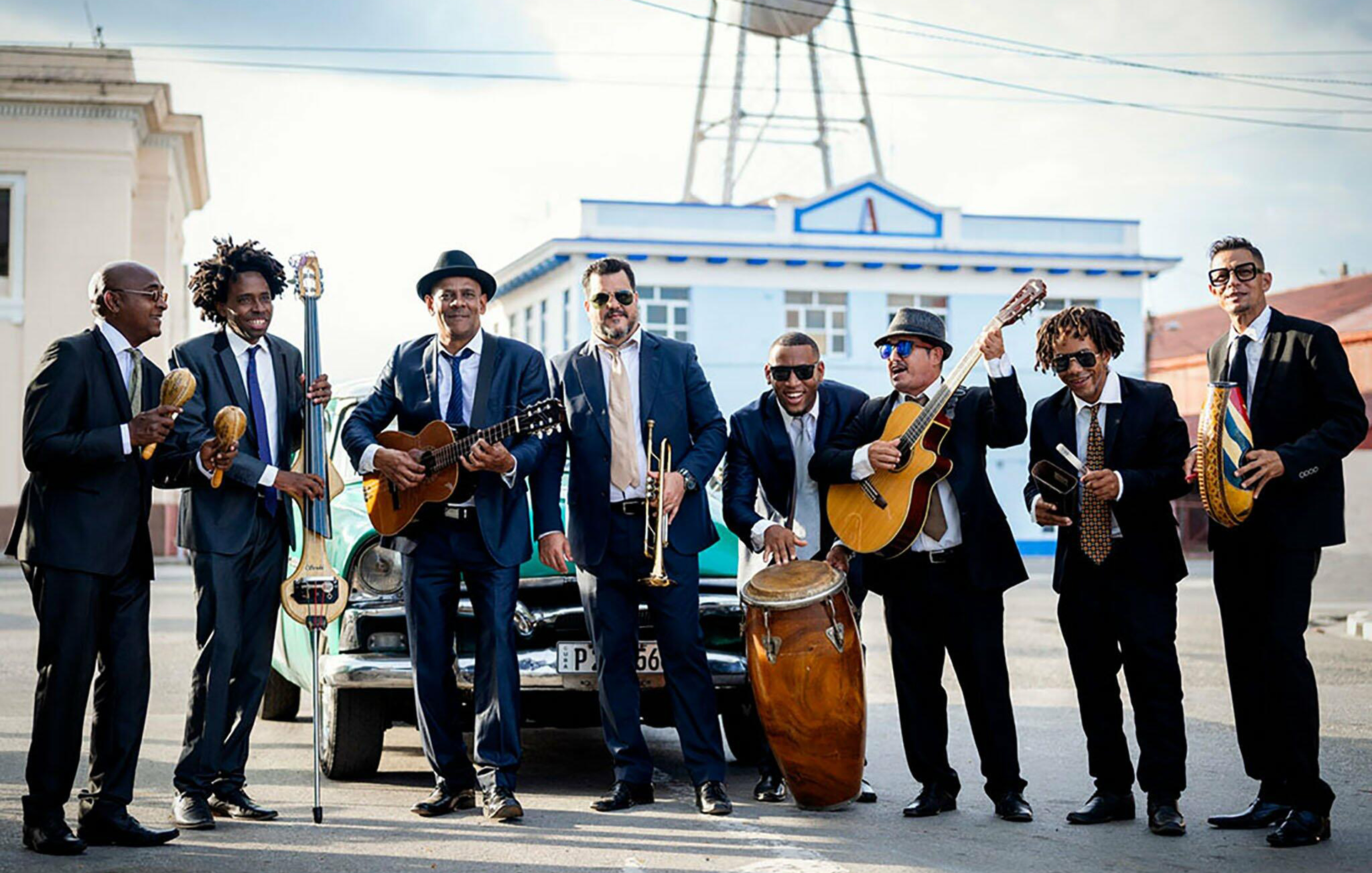 Septeto Santiaguero was founded in 1995, by members of Melodías de Ayer, a group formed in the early 1960s, together with the Estudiantina Invasora and the Cuarteto Patria, had for over three decades animated many a day and night at the Casa de la Trova in Santiago de Cuba.

In 1993 and 1994, a number of young musicians from other septets, such as Sones de Oriente and Septeto Luz, joined Melodías de Ayer and Fernando Dewar, a tres player, took over the leadership of the group. Seeking to return to their roots, they decided to give up the mambos and stick to the discipline of the traditional septet: guitar, tres, bongo, clave, maracas, acoustic bass and trumpet, with the addition of the drum, which they retained in honor of Arsenio Rodríguez. In the Santiago de Cuba style, the two singers maintain the first and second harmony with equal emphasis. 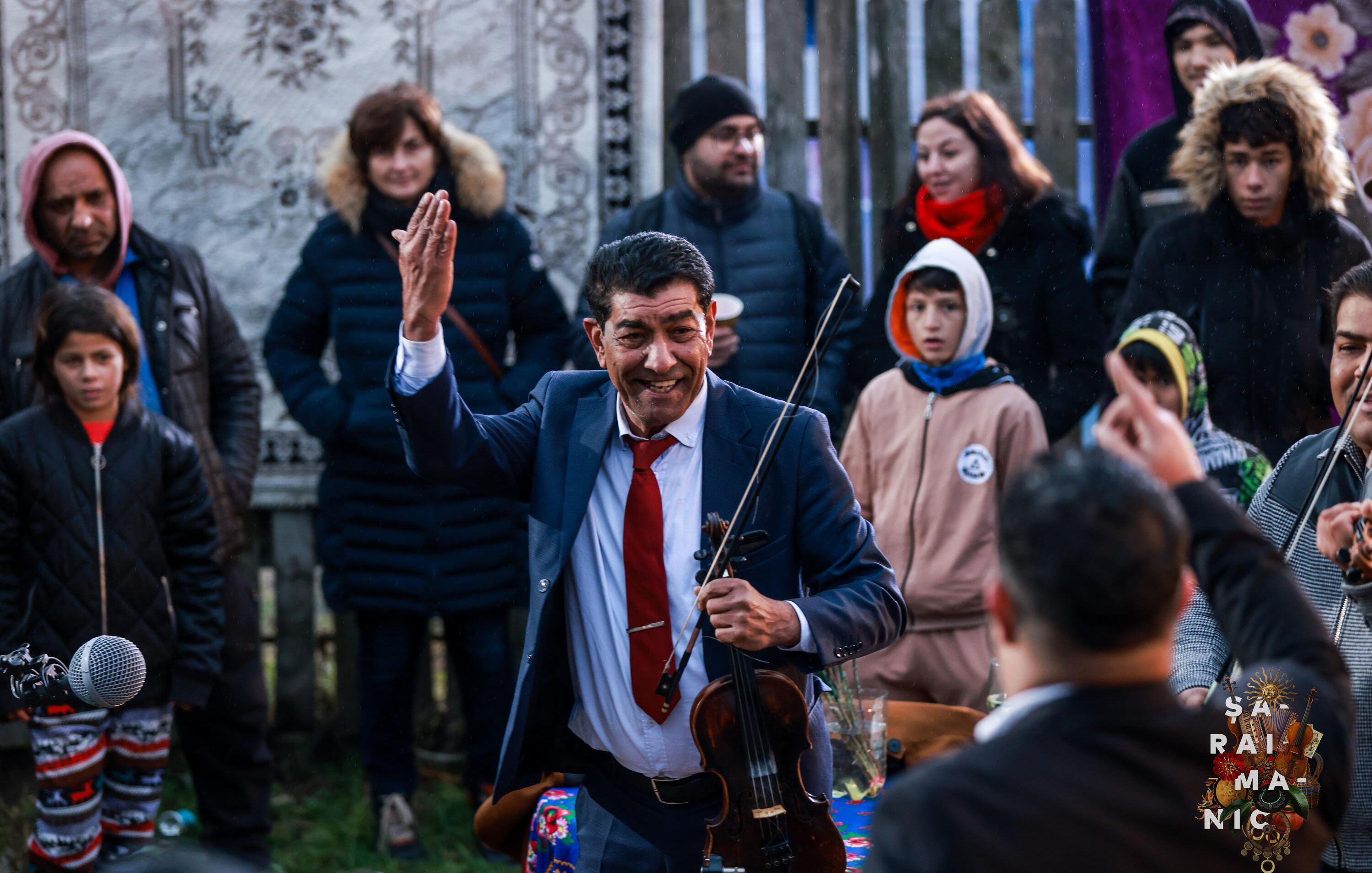 The Haidouks are back! After more than three decades of relentlessly touring all over the world, the founding members of Taraf de Haidouks were reunited by Șaraimanic for a new project: Taraf de Caliu. The musicians from Clejani are the last generation of “lautari” that carry on this authentic traditional music from Southern Romania, the music that defined them as one of the best gypsy bands in the world. Under the lead of Caliu, the iconic violinist of the taraf, they are on the road again.

Since 1991, the year in which their music began taking on western Europe, the musicians from Clejani have performed all over the world in places as culturally different as possible - Tokyo, Paris, Singapore, New York, Istanbul, London, Los Angeles. If we are to name just a few of their fans and collaborators, we'd go for Yehudi Menuhin, Kronos Quartet (alongside whom they produced), Johnny Depp (with whom they starred in "The Man Who Cried") and Yohji Yamamoto. Under the name of Taraf de Haidouks, the group was awarded in 2002 with the BBC World Music prize for Best Group in Europe & Middle East. Taraf de Caliu and Șaraimanic will soon release a new album that may be their last music heritage. 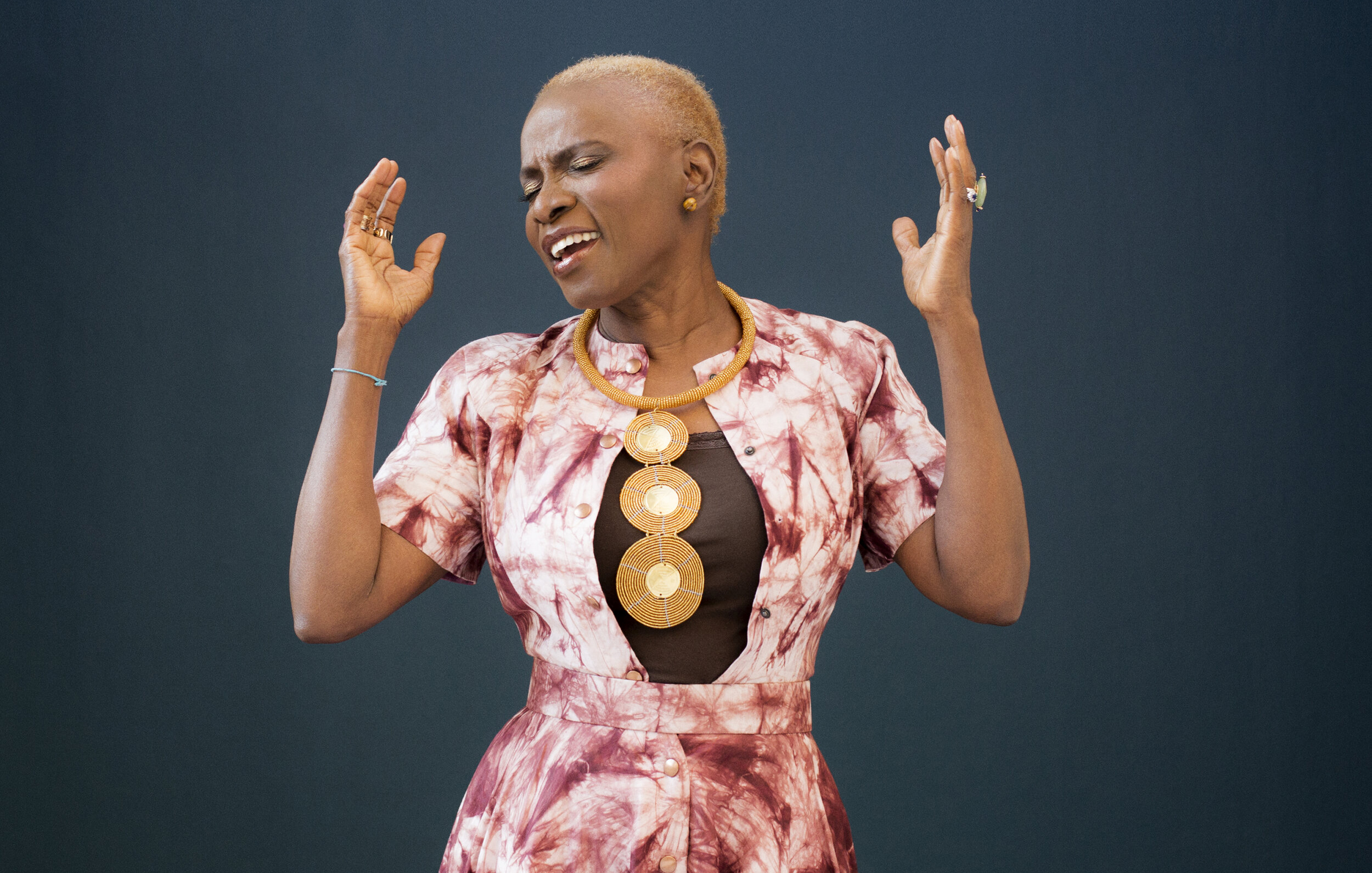