globalFEST Hangouts are fun, social events for the culturally curious in New York City. These community-building events are a place for people to meet other like-minded music fans while experiencing global music and other related activities in a variety of cultural spaces. gF Hangouts provide attendees with one-of-a-kind experiences that encourage new connections to music and culture, often giving attendees direct access to industry experts or to artists directly. Most events are free or low cost and are open to the general public, but require an RSVP as they often fill up in advance. 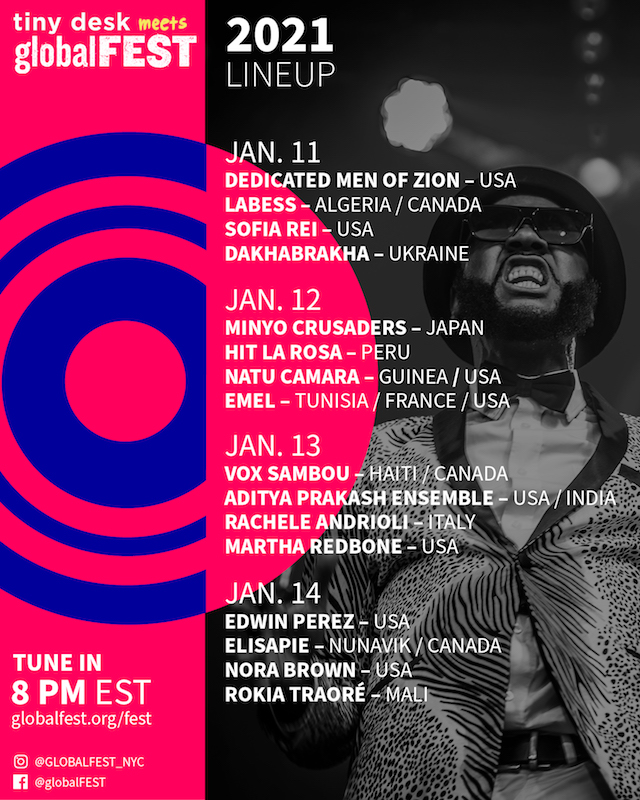 Featuring 12 new artists, as well as 4 globalFEST Alums, the four-night series (Jan 11-14) was hosted by African superstar Angélique Kidjo, who performed at the inaugural edition of globalFEST in 2004.

“Since the early 2000s, globalFEST has been my high point for uncovering new music from around the world. The annual NYC gathering inspired me to bring many of my discoveries to the Tiny Desk,” said Bob Boilen, creator of NPR Music’s Tiny Desk series. “Korea’s SsingSsing, the Palestinian electronics of 47Soul, and Jamaica’s Brushy One String have been a few stellar discoveries. And though we can’t gather together in a club this year, I’m thrilled that team globalFEST will bring new remarkable talents to our Tiny Desk (home) concert series, and we can all celebrate the joys of these expansive talents together.” 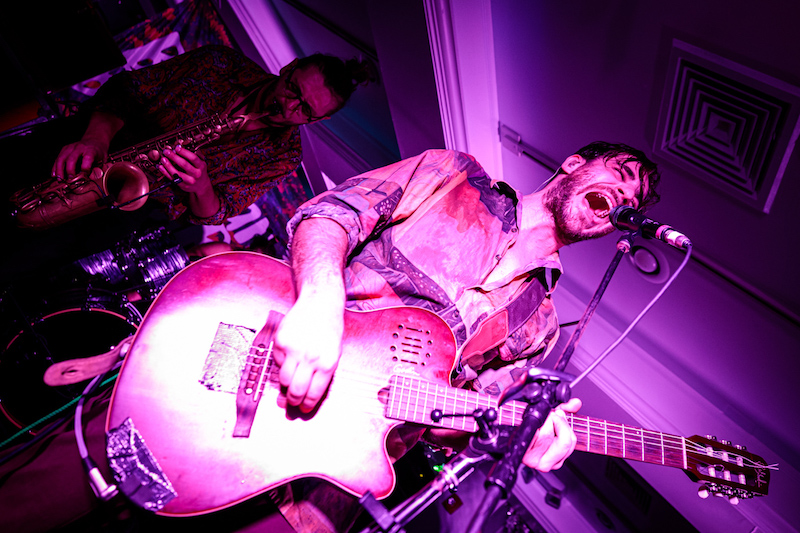 "The importance of a buzzed-about show at globalFEST should not be underestimated"
-Billboard Magazine
photo by Sachyn Mital
The flagship festival at the core of globalFEST gives audiences the opportunity to experience extraordinary artists from all over the world – and around the corner – all in one night (in normal times). globalFEST promotes global and American regional music traditions, creates opportunities for artists, inspires discovery for arts professionals to present artists from diverse cultures, and introduces new music to the public. globalFEST believes that music can be a driving force toward a society that values cultural diversity as a source of unity rather than division.

Tours and cultural exchanges that result from globalFEST showcases have helped to build an ever-widening audience for global music and, by extension, an increase in international cooperation and collaboration. You can support globalFEST's continuing work here. globalFEST co-directors are Shanta Thake-Kriegsmann, Isabel Soffer, and Bill Bragin

---
Read NPR Music's review of gF 2020: Our Top Discoveries From globalFEST 2020
‍Read the New York Times review of gF 2020: At Globalfest, Rowdy Sounds From Around the World
---
‍
‍globalFEST is supported by The Andrew W. Mellon Foundation, the NYC Department of Cultural Affairs, the National Endowment for the Arts, and the Québec Government Office in New York.

‍globalFEST is part of JanArtsNYC.org and its media partner, the NYC Mayors Office of Media and Entertainment.

gFOTR has brought its curatorial vision to multiple festivals and venues, including:

• A stage at SXSW, the U.S.’s most influential independent music conference and festival that takes place in Austin, TX.

• Bonnaroo, one of the country’s largest and most beloved music festivals which takes place over four days with 150 performances on ten stages. gF artists performed alongside luminaries such as Radiohead, The Red Hot Chili Peppers, Kenny Rogers, Bad Brains, Fun, Questlove, Bon Iver, and St. Vincent. 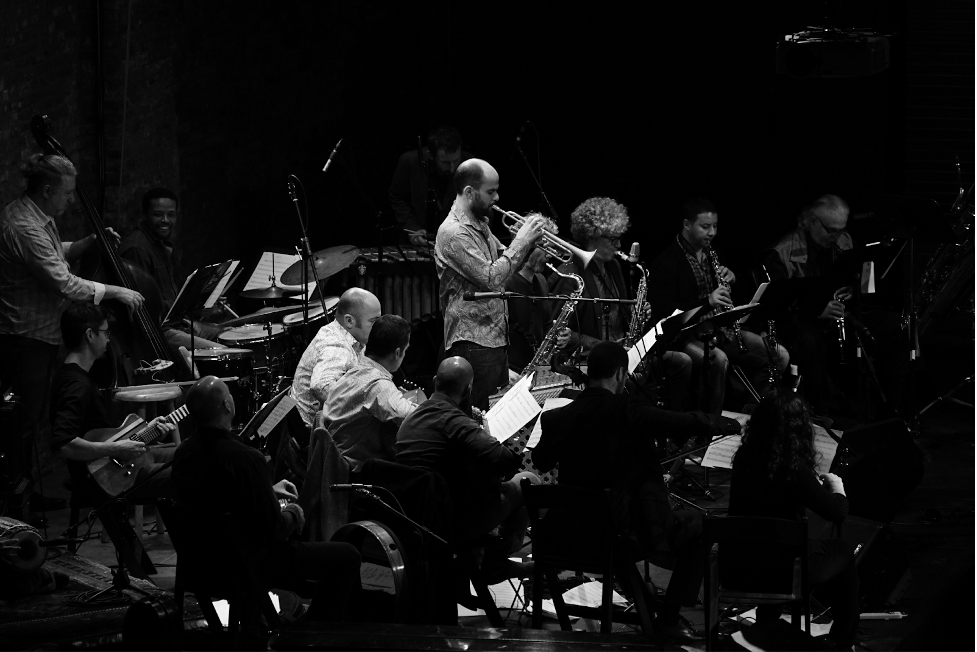 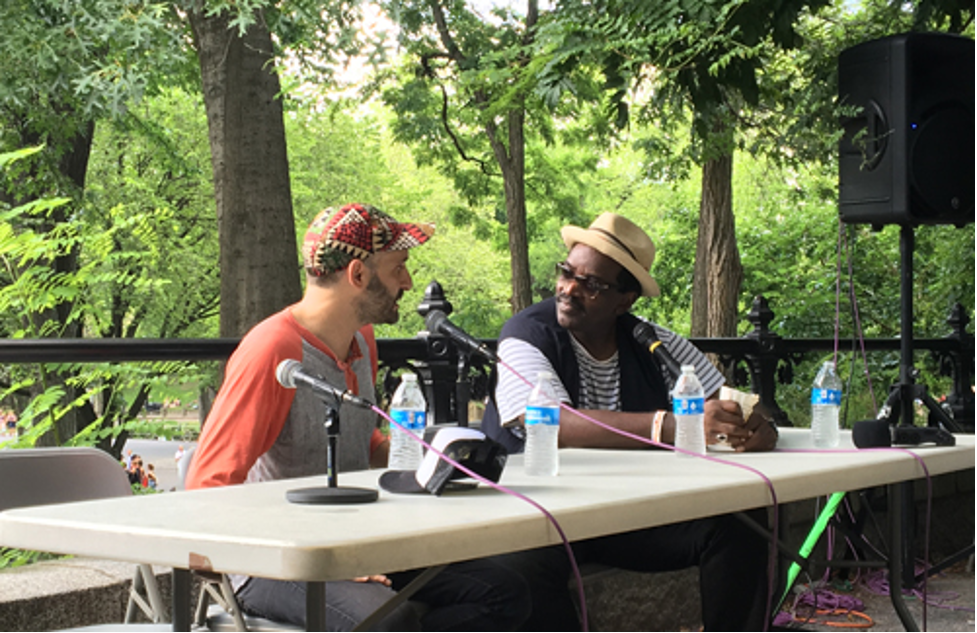 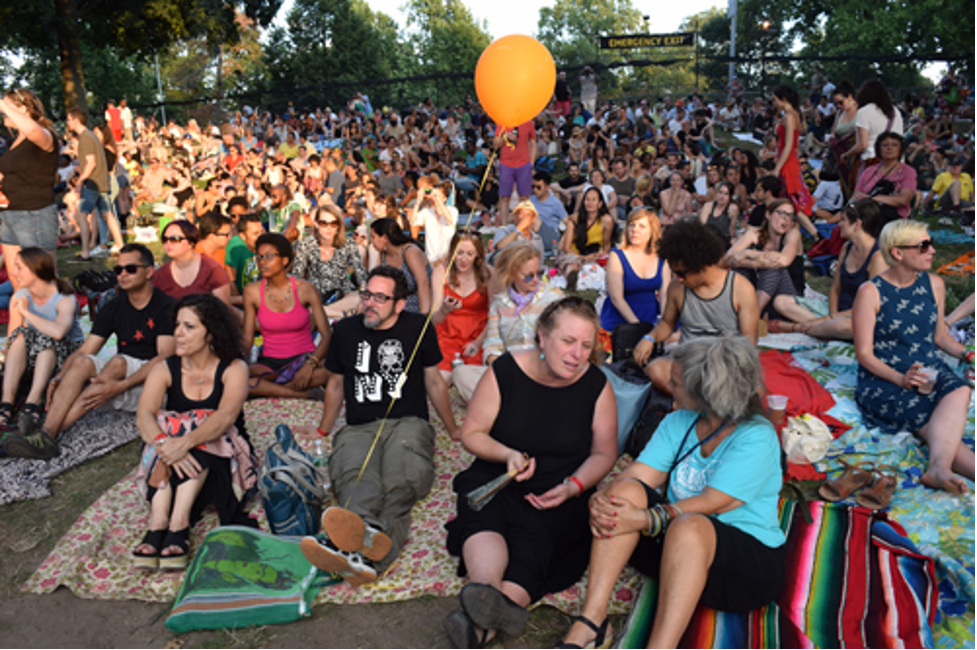 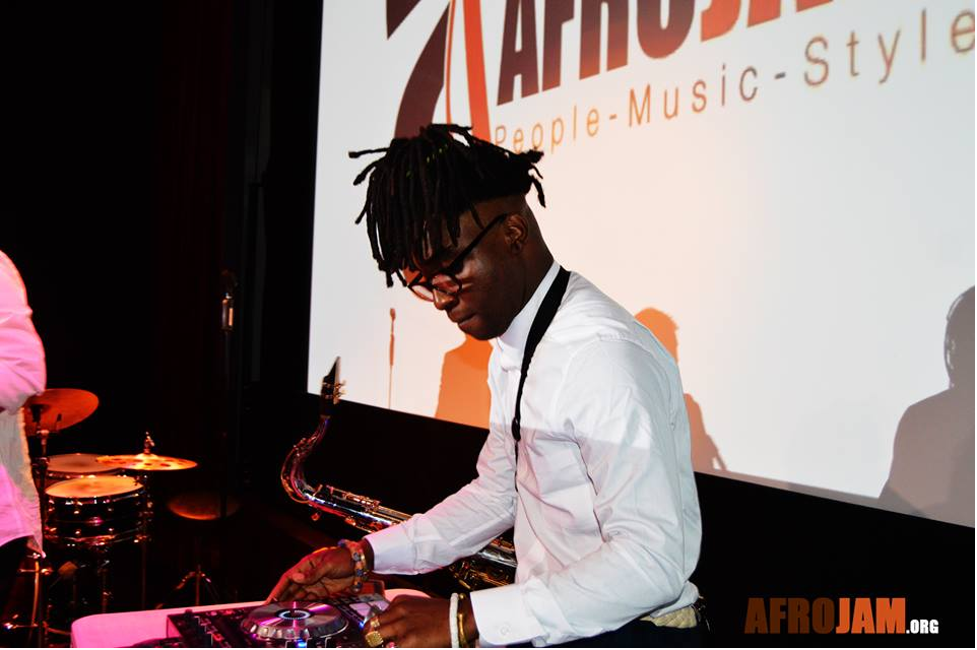 2015 Afrobeats on 116th Street
see all past events